Gairkata- A Hidden Hamlet in Dooars

Gairkata- A Hidden Hamlet in Dooars

Once in a while, you come across a place that is exquisitely pristine. Untouched and unhurt, the beauty of such places attracts you towards its charm that seeks to be explored. Such was a discovery of a tiny hamlet called Gairkata tucked away within the wilderness of the Dooars region of West Bengal. 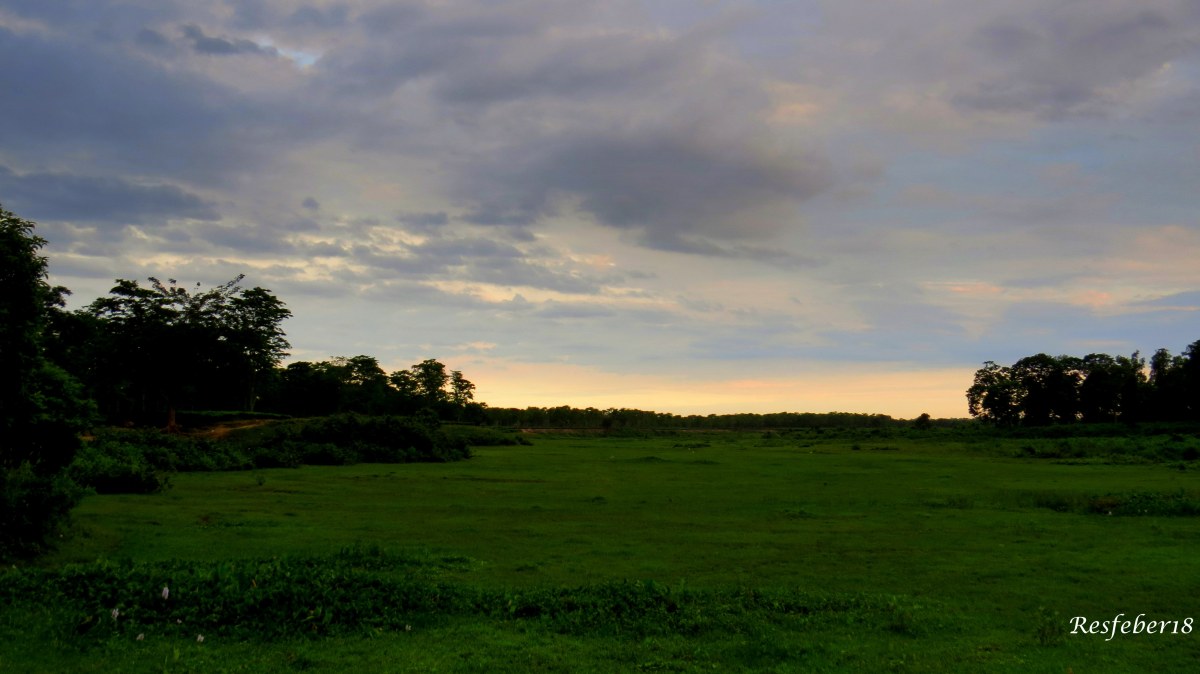 The horizon lit up by the sunset

Dooars is a region in the northern part of West Bengal that is characterized by the foothills of the Eastern Himalayas covered in wide expanses of tea plantations. The Dooars region can be termed as the gateway to the country of Bhutan as well as to the adjoining hill stations of Sikkim and Darjeeling. It consists of many small towns that form this entire region such as Jalpaiguri, Alipurduar, Gairkata, Binnaguri, Lataguri et al. Many rivers and rivulets flow through these regions making it a very fertile area. Blessed with an abundance of natural beauty and greenery, Dooars has started gaining popularity among travelers who want to enjoy solitude away from the commercialized tourist destinations.

Among the various other small towns that form the Dooars region, Gairkata is a town under the district of Jalpaiguri in West Bengal. By air, it is reachable from Bagdogra Airport which is well connected by flights from all over the country. The nearest railway station would be New Jalpaiguri or Alipurduar.

I stayed at a beautiful eco-resort called Madhubani Eco Park. Actually, an establishment managed by the Government of West Bengal, at present, it is has been taken on lease for two years by Mr. Dipankar Paul and his partners. The establishment is beautifully located amidst the vast stretches of tea plantations and adorned by the beautiful River Madhubani.

The entrance of the resort is flanked on the left side by a well-maintained park for children and ideal for morning and evening stroll and the Gairkata Tea Estate on the right. In conversation with the manager of the park and resort, I discovered that the location is a personal favorite among the elephants of the adjacent forests of Gairkata. The manager has carefully planted trees that suit the taste palate of the elephants. He boasts about the bamboo tree which the elephants love to relish on. He recalled an instance where a herd of 20 elephants marched into the resort and chewed off the leaves and branches of the trees without causing any damage to the cottages or any other structure. The resort is currently under expansion and a new two-storeyed restaurant overlooking the river and tea estates is ready to operate soon.

The Manager talking about elephants, his love for the tea estates and the effort he puts in maintaining the park and resort. 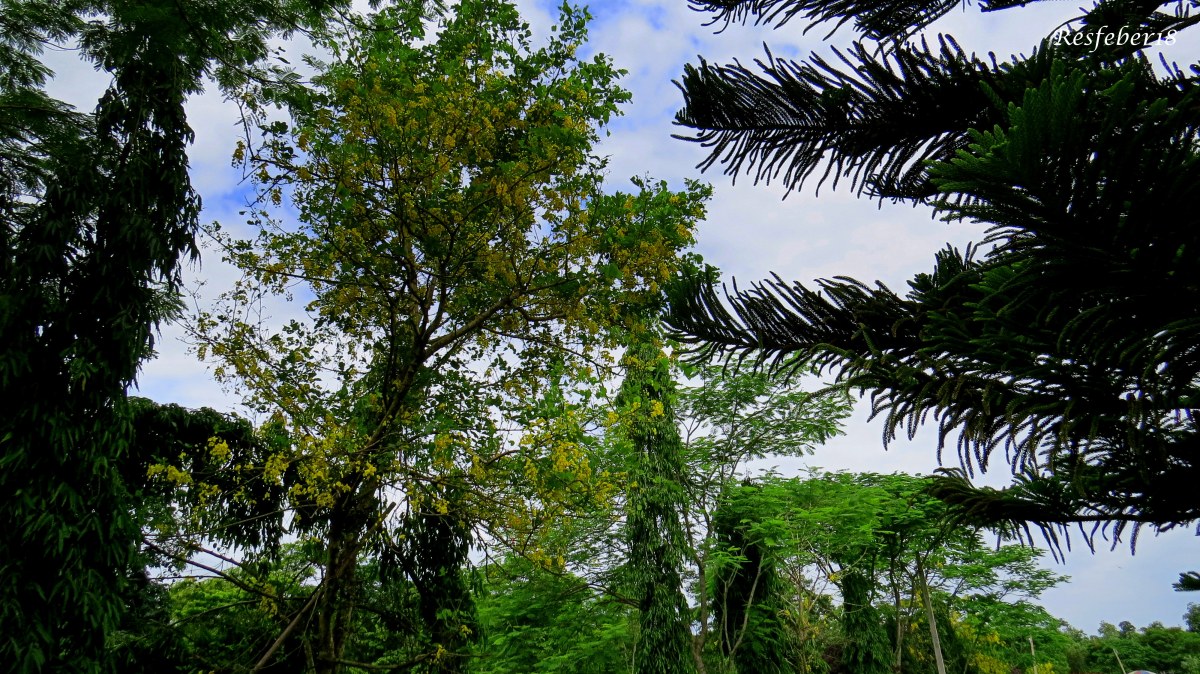 The yellow Radha Chura Flowers that adorn the park.

Gairkata is at a proximal distance from the places of interest surrounding this town.  Few sights of interest are:

Jaldapara National Park is a paradise for the wildlife enthusiasts. If you have always wanted to catch a glimpse of the elusive but alluring creatures of the wild then you are at the right destination. At a distance of approximately 34kmfrom Gairkata, this is a paradise for the birdwatchers. Jaldapara is also famous for its population of one-horned rhinoceros and elephants.

Gorumara National Park is another national park near Gairkata that has carefully managed to preserve the population of one-horned rhinoceros in the region.

Buxa is a nearby town in the Alipurduar district and is home to the Buxa National Park and Tiger reserve. It is famous for its population of tigers and leopards among the other species of animals that inhabit this region.

This is an intriguing location with plenty of symmetrical oval shaped rocks kept side by side and worshiped as Lord Shiva. These shiva lingams are kept by the side of the road under the cool shade of huge trees. Local people tell tales of hordes of elephants who come here to worship Lord Shiva and offer bananas to him. Well, I didn’t get the opportunity to see the elephants performing puja but this place gave me an eerie feeling and goosebumps when I visited it.

I love tea, I love greenery and I love offbeat less crowded zones to unwind. Imagine waking up to the aroma of tea filling up the entire room, and as you start looking for the brewing cup of tea, you realize that it’s the garden that has been alluring you with its captivating aroma and you finally open doors to a sprawling tea estate right before your eyes. In school it was taught in some biology class that you must look at greenery to improve and maintain your eyesight, I obliged to the same lesson that echoed in my ears and opened my eyes to simply absorb the entire sight of seamless greenery all around me.

I have had this fantasy of riding a bicycle with a basket full of flowers along the mazes of a tea estate.  I did not manage to get a bicycle but I did get lost in the serpentine alleys of the tea gardens. Every tea shrub was a symmetrical delight to look at. Exactly the same height and width, these shrubs looked like a piece of art to me.  Passing through those mazes I met few fishermen who helped me locate more picturesque locations within the tea garden.

Tea was introduced in India by the British and the cultivation flourished so well that India became a major tea producer and exporter globally. Gillanders and Arbuthnot & Co. Ltd has a full-fledged tea business in India, functional since pre-independence time. Gairkata Tea estate is one of the numerous tea estates owned by the company and produces one of the finest CTC teas in India. CTC refers to the process of refining the tea leaves through the simultaneous steps of Crush, Tear, and Curl to produce small grains of flavorful tea that do magic once brewed.

After having had my rendezvous with the Gairkata tea estate I headed off to the river and absolutely fell in love with this stream that provided livelihood and food to the inhabitants of Gairkata. I met a fisherman here as well, who after struggling for hours had managed to catch a few clown knife fishes called Chitol Maach in the local language. He was truly ecstatic about it as he could sell these fishes at a fairly high price and thus provide for a nice meal to his family at home. 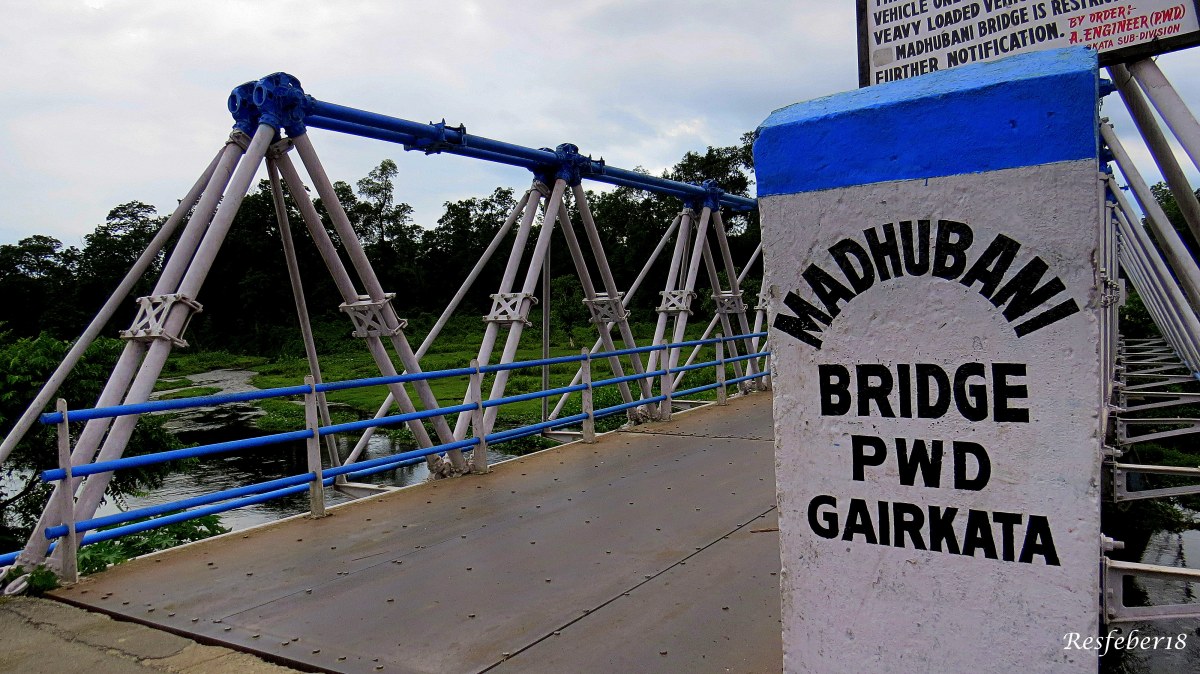 The simple lives people have in Gairkata left me pondering over the times when our lives were as simple as theirs. They are the ones who are actually excelling at the art of chilling, happy in whatever little they have but not afraid to share even that little.  Blessed with fertile plains, the farmers mainly grow rice and other vegetables and sustain on the same. The houses are mainly made of wood that stands on stilts.

Gairkata is the perfect concoction of wilderness, beauty, greenery, bliss and tea. Gairkata is not a commercialized tourist location but has the necessary elements to attract travelers. If you love solitude and want to contemplate life in absolute serenity, then Gairkata will not disappoint you.  Gairkata isn’t a fancy place; you may not get fancy restaurants serving global cuisines or luxury hotels or spas here but you will get plenty of nature, tranquillity and a lot to explore. If you happen to visit this little haven of Gairkata, I would request you to leave it as pristine as you found it and practice sustainable traveling.

More from my site

The world is my map, and I am here to leave as many footprints as I can.I love travelling and writing about it is the best way to keep the memories intact and easily accessible to reminisce. I call myself a Homebound Traveller because of my strong yet contradicting interests of nurturing an intense wanderlust as well as remaining homebound. So, how do I tackle my wanderlust and my homebound soul? Well, I always travel to return home. I am also a Supply Chain Mangement Graduate, an avid reader, I love cooking, making zentangle patterns, and a pathetic photographer.Follow Resfeber18 to get to know me a little more through my travel experiences.

I have written about: